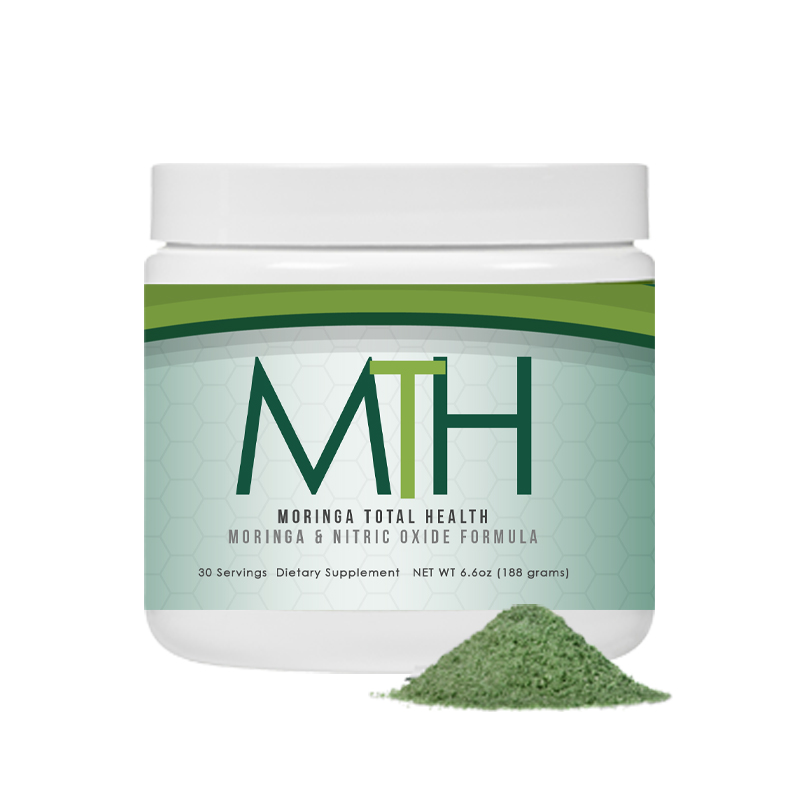 Moringa Total Health (MTH) is a complete, comprehensive, natural, vegan formula providing a potent blend of organic nutrient-dense Moringa oleifera and the world’s most powerful superfoods. Moringa oleifera is considered to be the most phyto-nutrient dense plant on the planet, and the world’s best kept nutritional secret. Moringa oleifera has the ability to positively transform the current status of health of the world by supplying every aspect of nutrition. MTH further triggers the production of healthful Nitric-Oxide in the body, and provides the body with all the physiologically dynamic nutrition needed. The body's own natural ability to produce Nitric-Oxide is reduced as we age. Increasing Nitric-Oxide production supports healthy circulation to the body's vital organs, including the heart and brain. The MTH formulation creates a phyto-nutrient profile that promotes optimal physiological function and combats aging with the benefits of no added sugar. 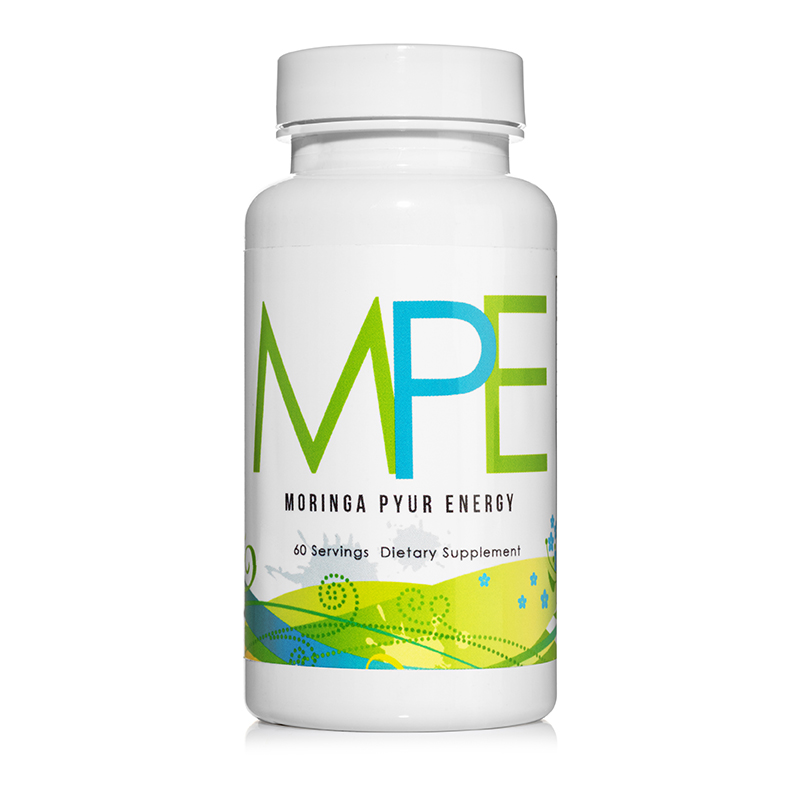 Powered by a highly bioavailable full-spectrum B-complex, organic botanicals and moringa which is the most nutritious superfood on the planet. Moringa PYUR Energy delivers revitalizing nourishment to support mental health, fortify digestive functions and give increased energy. Moringa PYUR Energy is great for recovery and has all the b-vitamins needed to recharge the body so that it can perform at optimal levels.

The MPE formula will also help with weight loss. Our formula will  turbocharge effective pathways for bodyfat reduction. 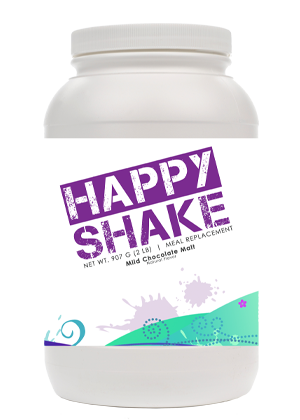 If you are looking for a healthier alternative to animal-based protein you have found it! Happy Shake is made up of three vegan proteins Quinoa, Brown Rice and Pea Isolate. These provide amino acids, vitamins, and that minerals your body needs. These proteins are also higher in fiber which will aid in weight management. Happy Shake contains no artificial sweeteners, colors or flavors. This along with the protein blend will help relieve stress on your digestive system. A blend of eleven different super fruits provides antioxidants to help you with your overall health.

Protect your family with our 16OZ. Silver Solution

BENEFITS OF SILVER INCLUDE: 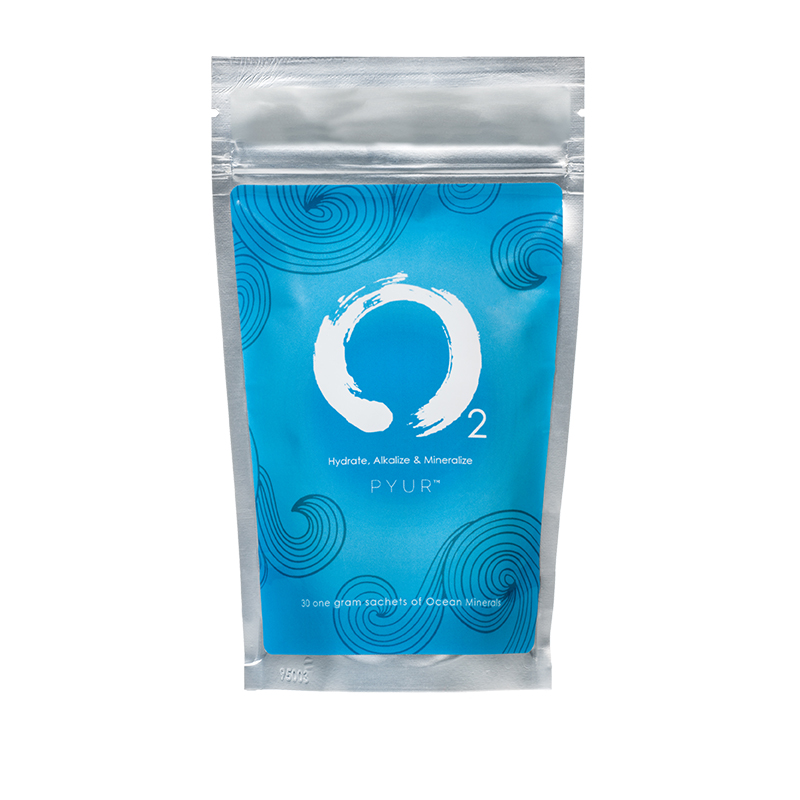 O2™ is a proprietary natural mineral complex delivered in an easy-to-use sachet. O2’s origin is a unique ocean source discovered in the far reaches of the Pacific. O2™ transforms any water into a supercharged, mineral rich, alkaline drink that offers vital electrolytes to allow your body to function better.

STEP 1: Drop an O2 pH sachet in 18-24oz of water (or any non-carbonated beverage)
STEP 2: Shake for 10-15 seconds
STEP 3: Allow 5 minutes for O2 pH to transform your water before drinking

*These statements have not been evaluated by the Food and Drug Administration. This product is not intended to diagnose, treat, cure or prevent any disease.

A synergistic blend of the mostpowerful cellular ingredients. Target your cells to perform at optimum levelsand let your body do the rest with Vitality CHS. 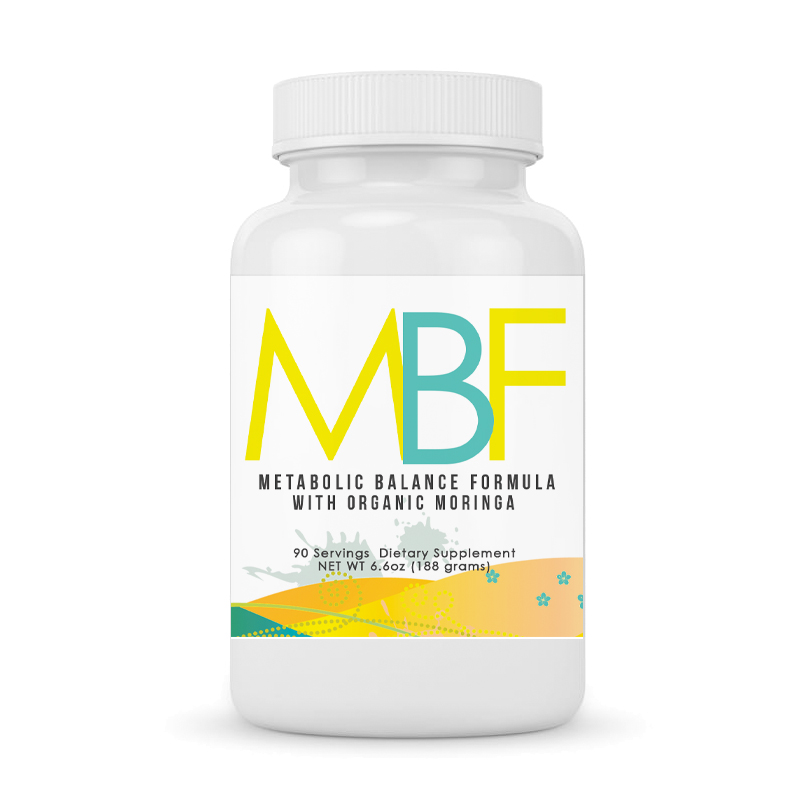 We have formulated this supplement to help support the body’s normal metabolism. A few simple life style adjustments, exercise, proper diet and the use of effective nutritional supplements may greatly improve your metabolism.

MBF contains a unique blend of nutrients that may help to support balanced blood glucose. Healthy blood glucose may help you reach and maintain a healthy body weight. MBF may support your natural glucose tolerance to avoid cravings due to blood glucose imbalance.

Chromium Polynicotinate plays a role in healthy metabolism. Nopal Cactus has been used for thousands of years by Mexican natives both as a food and for enhanced health and vitality. Banaba Leaf, native to the Philippines and India, is commonly used to support healthy digestion. It has become an herb of great interest for natural weight management.

Consult your health care provider before you decide to start taking supplements to make sure they are right for you. 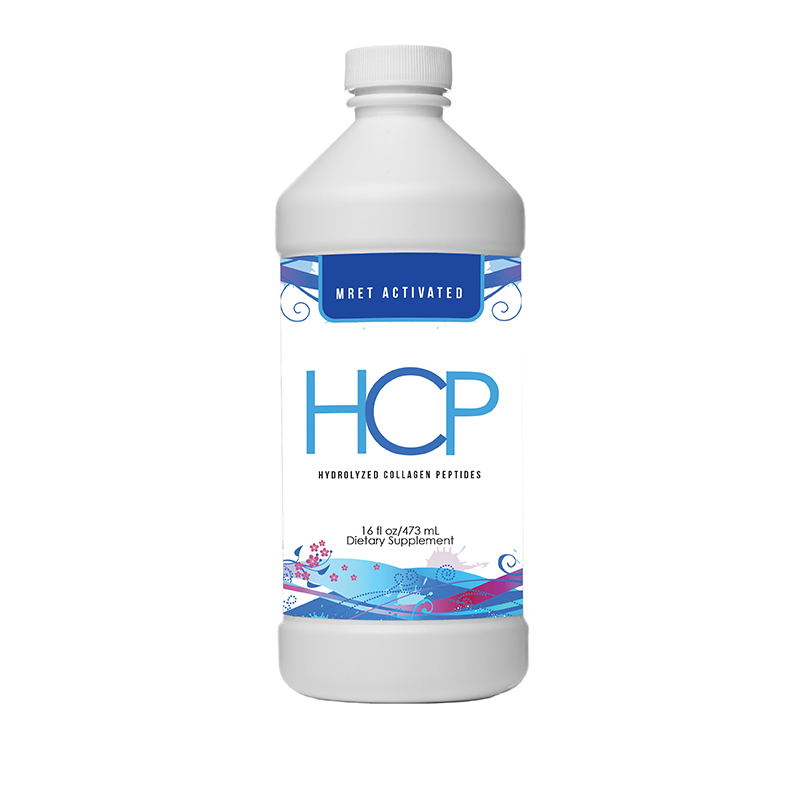 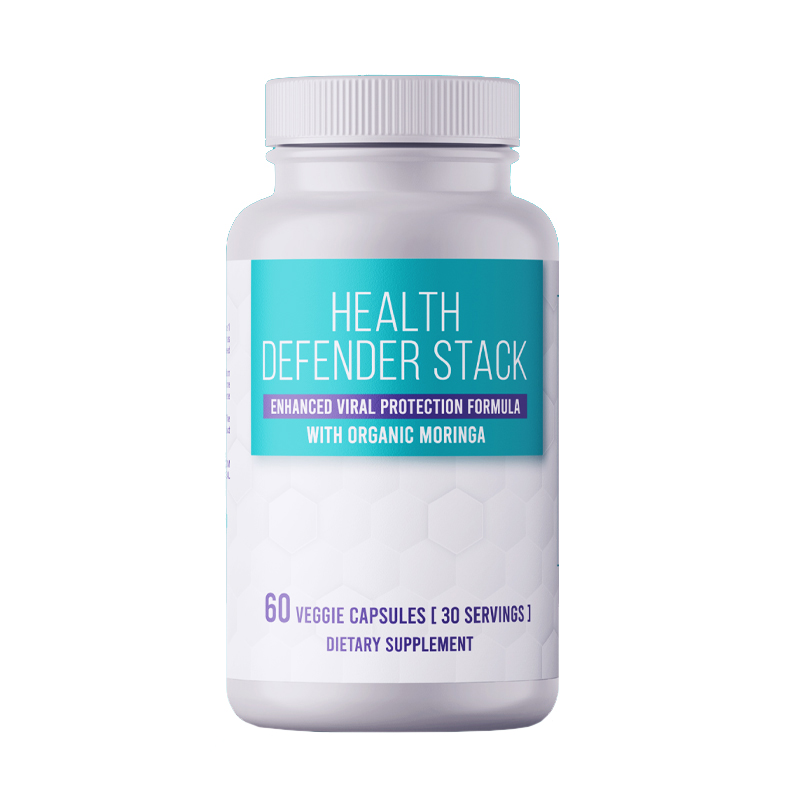 The Health Defender Stack is a synergistic blend of phytonutrients designed to support the immune system and prevent and protect against pathogenic cellular activity.

Moringa oleifera is a potent nutrient to enhance immune system function. Any substance that can affect the part of the immune system known as the cytokine system is known as an immunomodulator. Researchers have determined that the diversity of vitamins, proteins, and polysaccharides found in the Moringa tree act as modulation in repairing the damaged cytokine communication pathways while improving other aspects of the immune system such as increasing production and activity levels of T cells, macrophages, natural killer cells leading to the subsequent production of interferon, interleukins and tumour necrotic factor.

Quercetin, a polyphenol flavonoid derived from plants, has a wide range of biological actions including anti-carcinogenic, anti-inflammatory, antiviral, antioxidant, and psychostimulant activities, as well as the ability to inhibit lipid peroxidation, platelet aggregation and capillary permeability, and to stimulate mitochondrial biogenesis. The zinc ionophore activity of quercetin facilitates the transport of zinc across the cell membrane and it is established that zinc will slow down the replication of virus genetic material through inhibition of enzyme RNA polymerase. Quercetin is a safe dietary supplement.

Vitamin C is an essential micronutrient for humans, and has multiple functions related to its ability to be an electron donor. Vitamin C benefits immune system function by supporting multiple cellular functions involving both the innate and adaptive immune system. These benefits are: supporting epithelial barrier function against pathogens, enhancing differentiation and proliferation of B- and T-cells, promoting the oxidant scavenging activity of the skin protecting against oxidative stress, enhancing chemotaxis, phagocytosis, and generation of reactive oxygen species to kill pathogens. Vitamin C deficiency results in impaired immunity and higher susceptibility to infections. Furthermore, supplementation with vitamin C appears to be able to both prevent and treat respiratory and systemic infections.

Vitamin D has important immune system roles in addition to its effects on calcium and bone homeostasis. The vitamin D receptor is found on immune cells: B cells, T cells and antigen presenting cells. Vitamin D can modulate both the innate and adaptive immune responses.

It should be noted that deficiency of vitamin D is associated with increased autoimmunity issues as well as an increased vulnerability to infection. There have been multiple studies linking lower levels of vitamin D with increased infection. The immune cells affecting autoimmune diseases are responsive to the beneficial effects of vitamin D. Further there have been a number of studies examining vitamin D levels and rates of influenza and other viral infections. All have reported an association of lower vitamin D levels and increased rates of infection, and in one study it was shown that a therapeutic dose of vitamin D resulted in a statistically significant (42%) decrease in the incidence of influenza infection.

Supplementation with zinc and/or zinc ionophores, that help zinc enter the cell interior, has been shown to be essential to the support and maintenance of the human innate and adaptive immune system for decades. “The importance of zinc for human health has been recognized since the early 1960s. Zinc is an essential micronutrient required for the activity of more than 300 enzymes and 1,000 transcription factors and for the control of genetic expression. It also plays important roles in nucleic acid/protein synthesis, cell replication, and tissue growth and repair. Zinc deficiency is known to be associated with various pathological conditions, including impaired immunity, delayed wound healing, retarded growth, neural development disorders and degenerative diseases.”

The role of Vitamin K2 in defending against viral in is more of a synergistic effect on other nutrients. Vitamin D3, vitamin K2 and magnesium should be supplemented to prevent long-term health risks.  Known primarily for the role in maintaining and building bone along with D3 and magnesium, the anti-viral aspects cannot be overlooked. 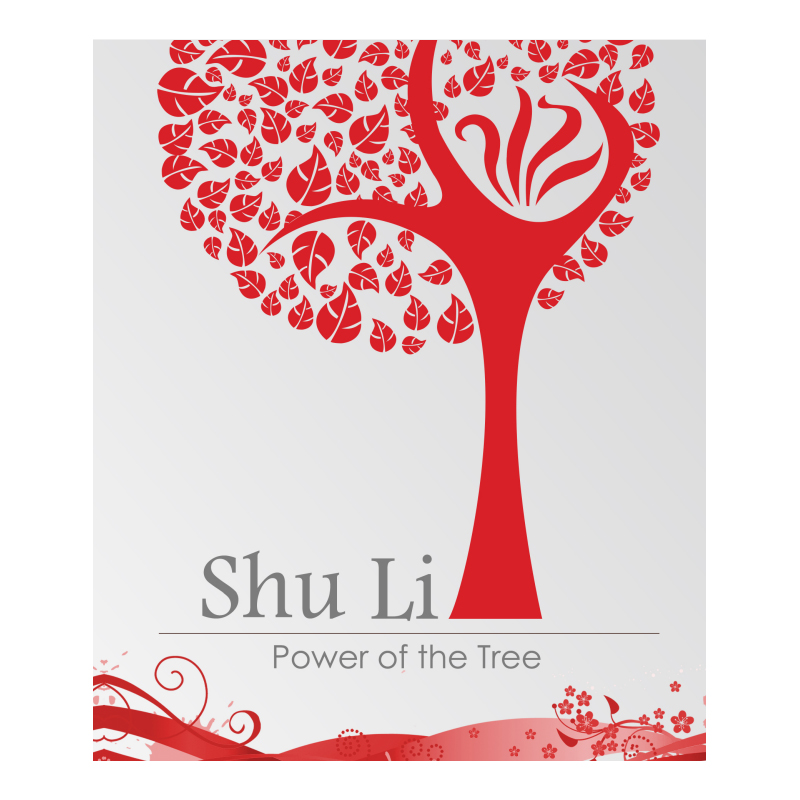 Power of the Tree

The feet are an important part of your overall health & wellness. Often referred to as the second heart, they help circulate fluids back up into the body, which can be inhibited by factors such as stress, poor eating, lack of sleep, sickness, and other toxins. Designed to cleanse and naturally detoxify your body, Shuli Foot Pads stimulate reflexology zones, working overnight to help remove toxins, promote circulation, and improve vitality. 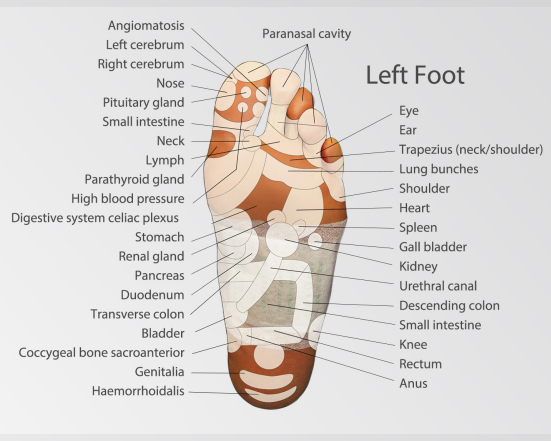 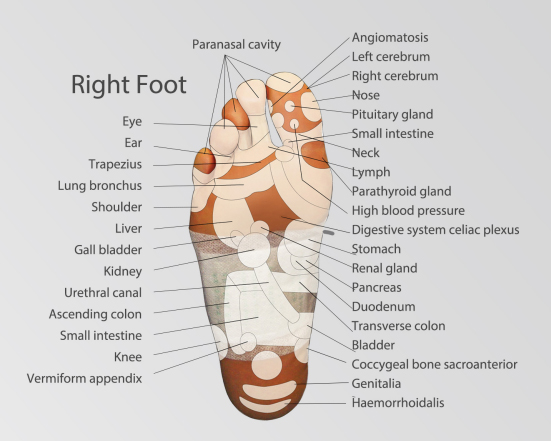